As a cultural heritage of our ancestors that we must preserve, traditional houses also have interesting architectural features that should be explored. Starting from the composition of massive forms, used materials, construction ornamentation, and down to the used details, every traditional house has its own uniqueness.

A traditional household name of Aceh

In the past, the people of Aceh had houses that were almost identical or even exactly the same to each other. 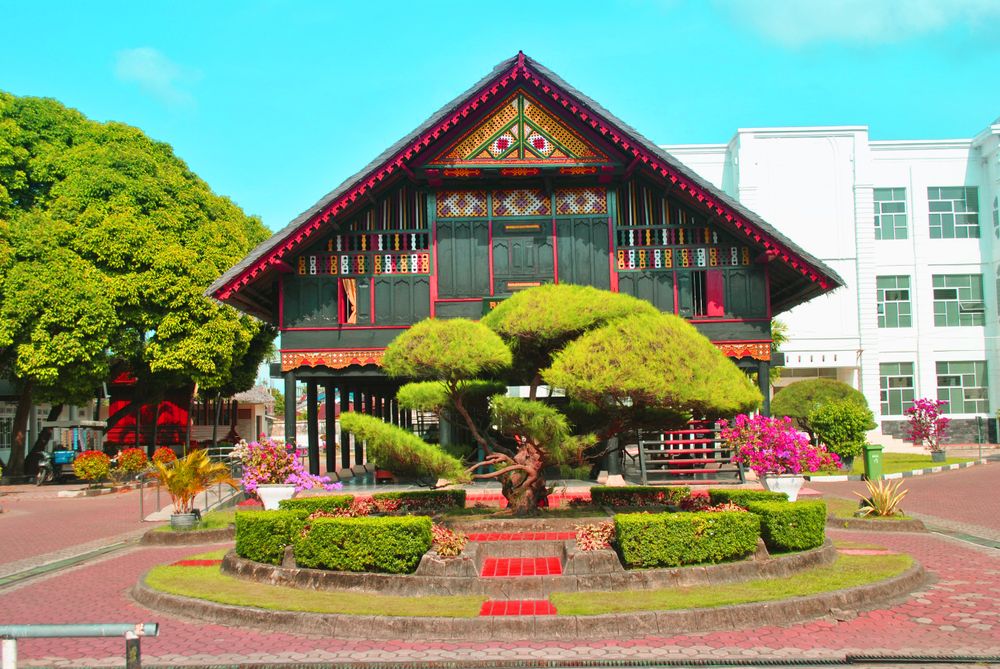 Traditional Acehnese houses are in the form of columns with the aim of reducing the risk of natural disturbances, such as floods and attacks by wild animals.

The distance between the ground and the stage of a traditional house is 2.5 meters. In fact, the height of the stage in some villages reaches 3 meters. The pit is made so that the house being built does not interfere with the activities of the people who live there. People can still stand, walk and work under the house.

Most Acehnese people earn their living as farmers and fishermen. Therefore, they use the pit to store their agricultural and marine products. For children, the pit under the house can be used to play traditional games.

3. Direction of the house

Traditional houses of Aceh have directions facing east and west. This means that anyone who visits can easily find the direction of the Qibla, given that most Acehnese are Muslim.

4. The roof of the house

A traditional Acehnese house has a roof made of woven sago palm leaves. The choice of this sago palm leaf is because it is light and brings cool air into the house. The roof structure is attached with a roof rope no taloe parade. In case of fire, rescue is done by cutting the roof rope.

Another peculiarity of the traditional Acehnese house is the floor made of planks that are not nailed, but stuck. If necessary, this slat can be easily removed.

In addition, the blade board is also applied specifically for the purpose of bathing the corpse so that the waste water from the bath can be directly lowered to the ground.

On the outside of traditional Acehnese houses, especially in the west, large and shady wooden trees are planted. Due to protection from wind and floods, this tree should not be cut down.

The trees function to withstand the gusts of the westerly wind so that they don’t hit the body of the house directly. The shadow of the tree also serves to make the yard of the house shady. 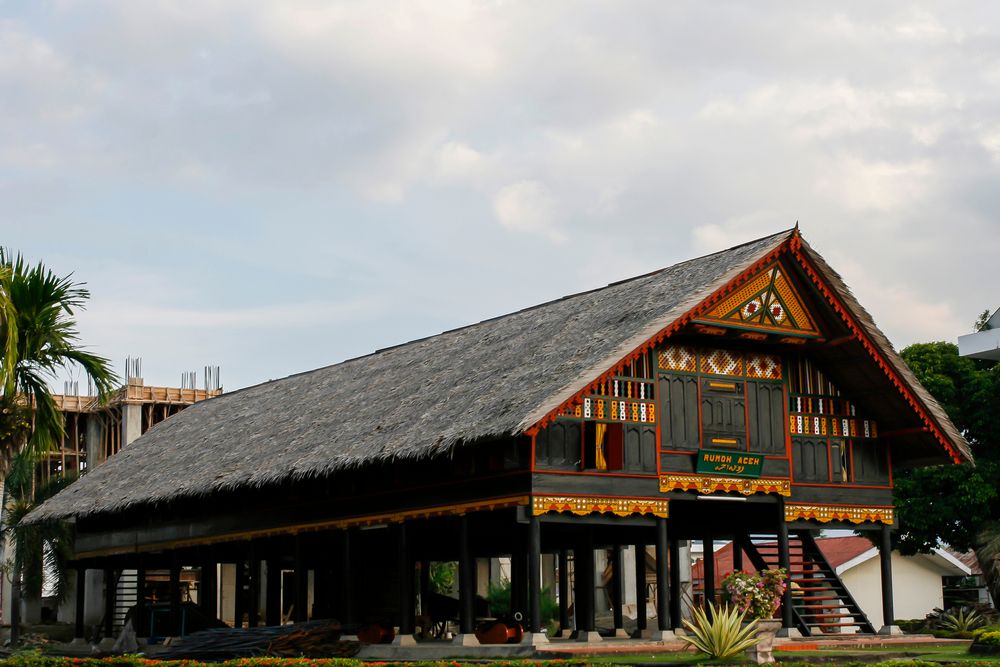 Following is the philosophy of the traditional house in Aceh which is based on its color.

Yellow is used on the sides of the burner triangle. For the people of Aceh, the color yellow has a strong, warm nature and gives a bright impression to the environment.

Red color is used to complement the carved lines of the house. Red is defined as the character of emotions that go up and down.

The color red also symbolizes passion, fun and passion. So, the color red is interpreted as the emotions of the Acehnese people who easily go up and down, showing enthusiasm and passion in life.

White color is used to complement the carving of the house with a more neutral impression. The carvings are also streaked with orange. The meaning of white is pure and clean. Orange color symbolizes warmth, health and joy.

Green color is used in carving motifs of traditional Acehnese houses. This color symbolizes cold and warmth. Green also symbolizes the color of leaves with the meaning of fertility. 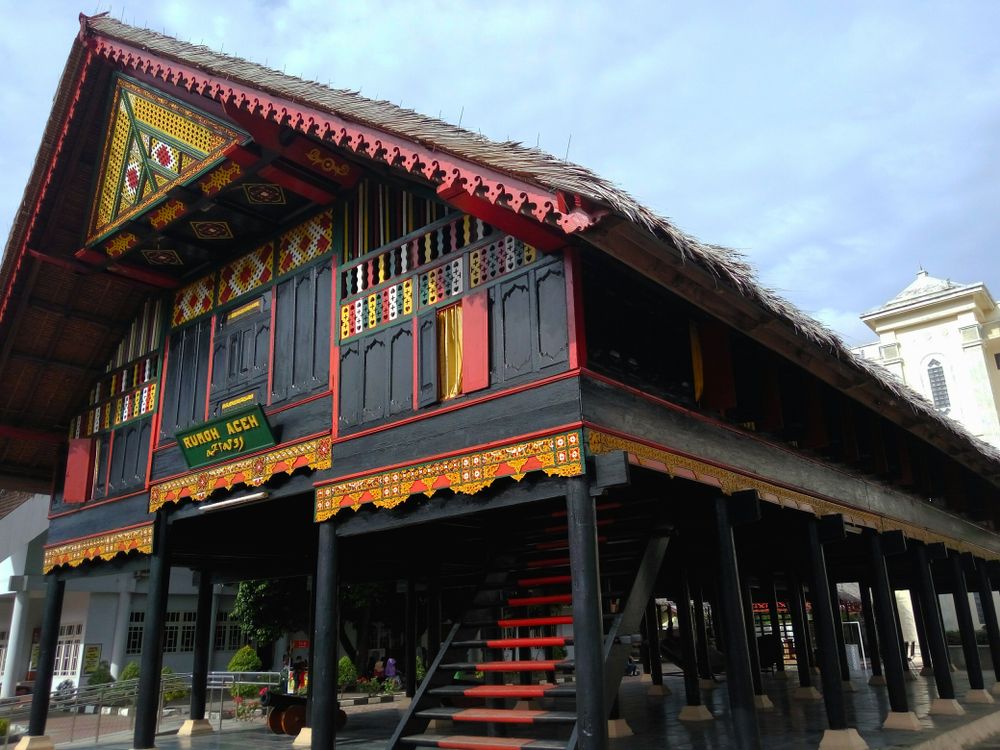 Characteristics of traditional houses in Aceh

1. The shape of the stage

Visually, the characteristic of traditional Acehnese houses can be seen in the structure of the building, which is stage-shaped and elongated. The function of the stage of this Aceh house is as a protector of the occupants of the house from the threat of wild animals and the floods that hit.

In addition, the number of columns or pillars that exist in the House of Aceh indicates the number of rooms in the house. Quoting Kiki Ratnaning Arimbi in “Surfing to 34 Indonesian Traditional Houses, Yuk!”, a traditional Acehnese house consisting of 16 pillars usually has 3 rooms. Houses with more columns, namely 18, 22 and 24, usually have 5 rooms.

3. The door size is relatively small

In traditional Acehnese houses, the size of the door also has its meaning. The height of the door is only 120-150 cm, which is small for the average height of an adult. This is why people who enter the house must bow first. This philosophy of bowing suits the personality of the Acehnese people who do not like to brag.

Another characteristic of traditional Acehnese houses is their resistance to earthquakes. This is in accordance with the structure of the house, which is built of wood with a dry and light straw roof.

Traditional houses in Aceh are also not built with nails, but with wood and posts held together bajo or pegs connected to each other. Such reinforced constructions will be more resistant to earthquakes than houses made of concrete.

As happened during the 9.1 SR earthquake and tsunami in Aceh in 2004, traditional houses in Aceh were not seriously damaged even though there was a strong earthquake. 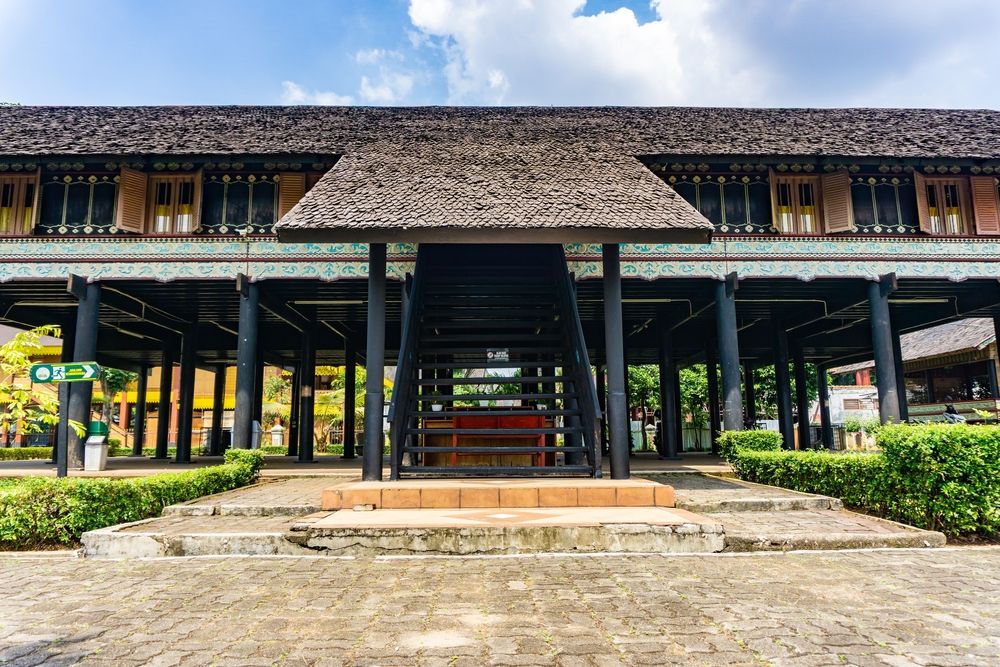 Other articles: Getting to know Betawi House, a special Indonesian traditional house

It is a further introduction to the traditional Acehnese house. Find other interesting articles about architecture, interiors and building materials only on lacrymosemedia!